For Hydraulic Cartridge Directional Control Valve With no wear valve spool, the service life of AAK is twice that of its peers 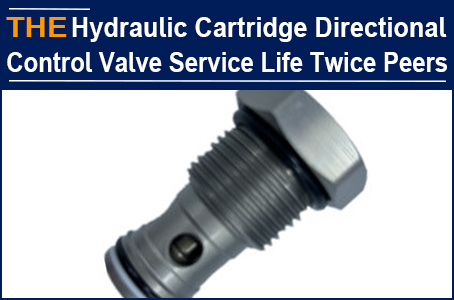 1. The spool of the hydraulic cartridge directional control valve is provided with a longitudinal main body of several bosses and two end faces at intervals. The included angle between the transition surface between the end of the valve spool and the adjacent boss and the axial direction of the valve spool is 5 degrees. This processing is particular, and most hydraulic cartridge valve manufacturers cannot control the accuracy.

AAK hydraulic cartridge direction control valve has unique skills for processing, and its service life is twice that of its peers. You can also try a small order!