AAK Hydraulic Cartridge Counterbalance Valve ensures that the crane is accident free, and Sulaiman is promoted 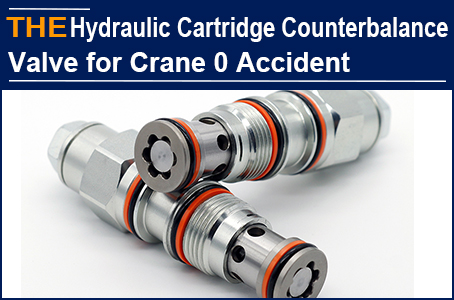 Sulaiman comes from Brazil, and their hydraulic cylinder business is mainly with the local engineering machinery manufacturers. In the second half of last year, a batch of their hydraulic cylinders used on cranes almost caused an accident. The root cause was the hydraulic cartridge counterbalance valve, which was lack of function. During the construction of the crane, the hydraulic oil pipe burst suddenly, and the crane dropped rapidly to the ground. During on-site inspection, it was found that the oil cylinder operated normally, and the hydraulic system also complied with the principle. The local manufacturer of the hydraulic cartridge counterbalance valves reported that there was no problem with the manufacturing quality. After 1 week, there was no progress in the after-sales plan. The customer was not satisfied, the boss was unhappy, and asked everyone to inquire through multiple channels.

Last week, Sulaiman privately informed that he had been promoted to the manager of Procurement Department 2, thanks to his after-sales plan this time. At the same time, he is looking forward to conducting all-round cooperation with AAK.

AAK hydraulic counterbalance valve, has bright points in control, and 0 accident. You can also have a small try!